Learn about our history, the team, the vision, and our mission statement. What, why, and how iTecs is successful.
READ MORE
Frequently Asked QuestionsAbout the FounderWays to Engage us

What is the IT Outsourcing Managed Services Program?

To work at iTecs means you'll have emerged in a fast-paced, challenging, and ever-evolving environment with peers who work well together and care for each other and our clients.

IT support, network administration, MSSP, MSP, cloud hosting, and other ecosystems we provide our clients create many avenues of growth within your career.
APPLY HERE 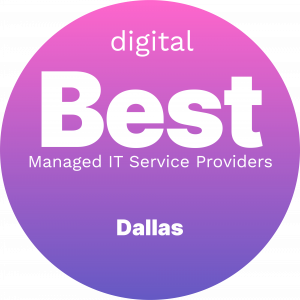 Find out what's new at iTecs, who our new partners are, and general guides for the IT enthusiast.
READ MORE
Follow us on:


Engage us as your proactive IT department and we'll handle everything IT and provide your business.
READ MORE

Break-fix, IT support for on demand services for offices and data centers.
READ MORE
HIPAA IT SupportLinux IT SupportDental IT SupportIT ConsultingIT Helpdesk

Know what your staff is doing at all times with our sophisticated computer surveillance solution.
LEARN MORE
Threat
>
< Threat

Putting on the symbolic black-hat, we test your network on the outside and inside for vulnerabilities and weaknesses.
Endpoint Detection & Response EDRPhishing Simulation

A program that provides accounting firms with the IT tools and assets that enable a secure and efficient method of working with their clients.
READ MORE
Construction CompaniesFinancial ServicesHealthcare IndustryLaw & Legal ServicesReal Estate

We provide companies in this sector with a secure environment for the BatchMaster ERP platform.
READ MORE

iTecs IT Outsourcing and Support Blog 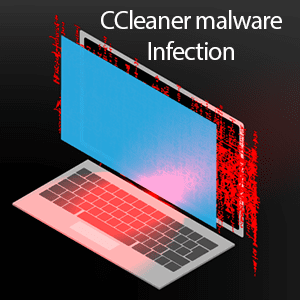 We are urging all of our clients to uninstall CCleaner from all workstations due to a recent malware injection found by security experts.  Hackers have successfully implemented malware into the app and have distributed it to millions of users.  Security researchers at Cisco Talos discovered that download servers used by Avast, which is the company that owns CCleaner, were compromised.

If you installed CCleaner before version 5.33, you're still at risk because the software can automatically update itself and by doing so, download the malware infected version of CCleaner from the software developers servers.  This hack is an unusual attack since CCleaner is trusted by consumers to remove adware, not install malware and compromise your digital security.

What happens to my computer if I become infected?

It's not fully understood what the malware does once your computer is infected, but that doesn't matter since it's always best practices to assume the worse.  We do know that your system joins a botnet of other infected computers used for several malicious tasks including Denial of Service Attacks.

What should I do if I have CCleaner installed?

Uninstall the software immediately!  If your computer is part of our managed IT services, we maintain your system, and you don't need CCleaner since we perform everything it does plus more.  How do you know if iTecs maintains your system?  Look for our company logo in your taskbar, if you see the red triangle your system is updated and maintained daily.

How To Protect Crypto Exchange Accounts

Mitigate the chances that your crypto exchange accounts get hacked by following the tips below.‍You may have read articles of families losing their entire online Exchange accounts balances due to hackers breaching and stealing everything they own. Some of you may believe that the responsibility of these hacks is on the Exchanges, and I'm here to tell you this is usually not the case. Before you get angry, let me first explain the two types of hacks that occur that lead to you losing your entire investment.

The rate at which new threats are being identified proves the inadequacy of traditional anti-virus software as a singular security measure. Considering its powerful and comprehensive threat-detecting abilities, SentinelOne proves to be a clear winner in any environment.

What is a Crypto Wallet and How to Secure it

There are various types of cryptocurrency wallets. The three prominent are offline, online, and those held by a custodian. Before we explain the differences between the three, it's important to note that a custodian, in this context, is an entity that holds your private key. Next, we'll go into what a private key is but first, let's dive deeper into the three types.‍

You have questions, we have answers

What can we help you with?
IT SERVICES